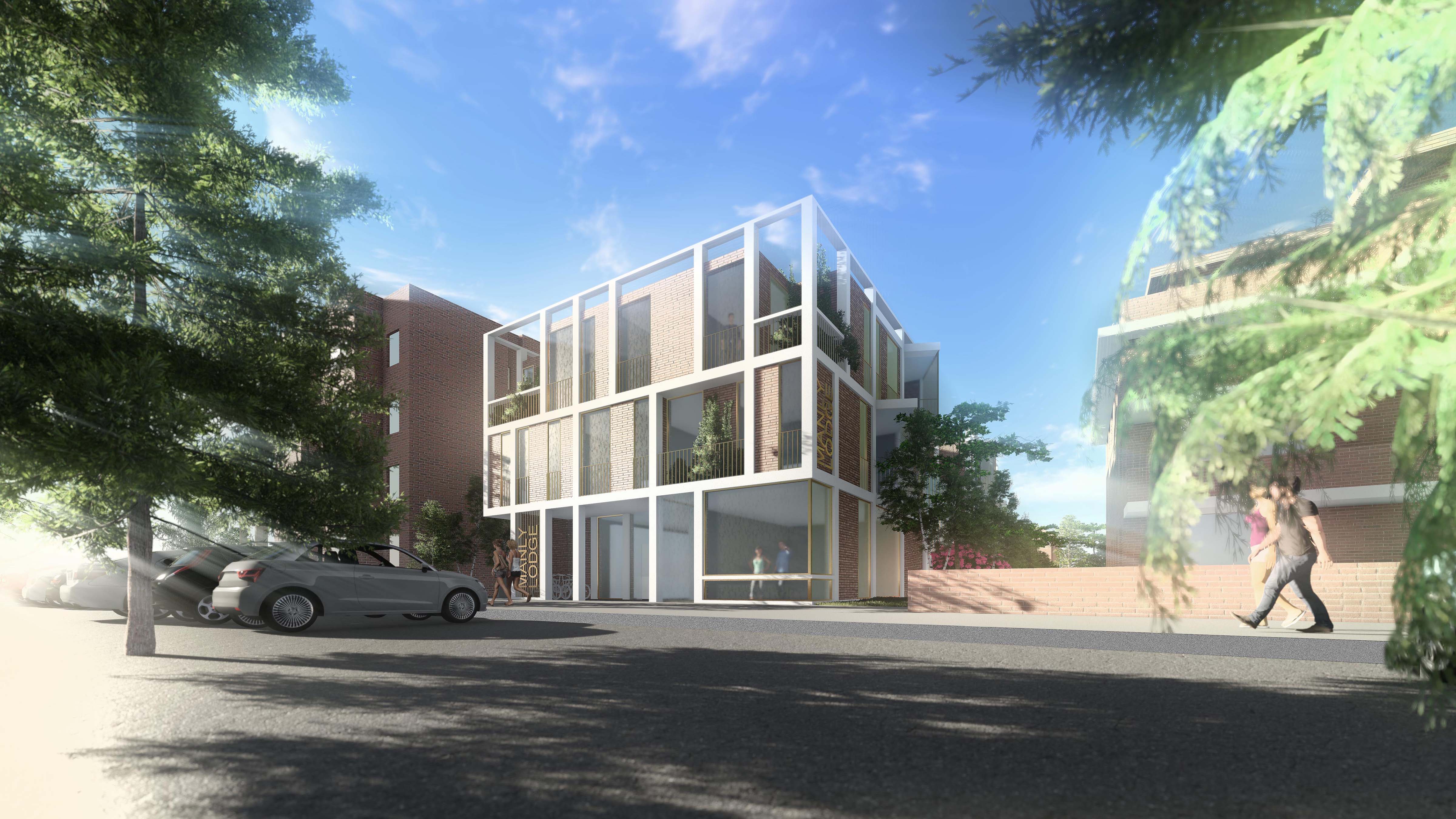 The project is located in Manly, an important tourist destination, especially in summer, located half an hour from the centre of Sydney by ferry. The context is an area of medium density—which follows the pattern of residential urban structure noted previously—that is the result of more than a century of interventions. This has resulted in a heterogeneous mix of architectural styles that in some cases have followed design trends too slavishly. Nevertheless, the urban structure is homogeneous, a grid of long plots with one of their short sides facing the street. Manly originally had an urban structure of enclosed Victorian blocks that has only endured in The Corso. It is the most important street, since it is one of most socially active areas, along with the promenades along the beaches. The surroundings of the site are not completely residential due to the historic nature of the area. Indeed, the current use of the site is a hotel.

In terms of the front elevation, we had to contend with city officials who were excessively concerned with establishing formal contextual relationships. As noted above, there were no reasons to justify a common stylistic basis for the area, perhaps with the exception of the principles of proportion, symmetry, rhythm, repetition and materiality of all of those buildings built before the 1950's, concepts that were subsequently ignored. We tried to incorporate these principles without resorting to imitation. In addition, city officials also required the introduction of excessive articulation and steps in the façade that endangered its condition as the main elevation—as opposed to considering it a corner elevation—which we believe the building should have. We arrived at the solution through a combination of symmetry and asymmetry and series of balconies that, without changing the frontal nature of the façade, provide movement and depth.

Access is through a spacious lobby that connects to a double height atrium: a space for meetings, rest, eating and contemplation. The atrium was not part of the initial sketch design, it arose subsequently as a client requirement. We decided at that point that it should have a key importance in the project, and be the main focus, in such as a way that the rest of the building revolved around it.

In terms of the standard floor plan, we used a typological variation, a result of our client's requirement for the rooms to be interconnected allowing them to function as one, two, or three bedroom apartments. In order to avoid the usual situation where the door that connects rooms opens directly into a bedroom, we developed a typology that allowed two or three suites to be connected by a hallway. This enabled all of the rooms to function individually or in groups of up to three bedrooms. 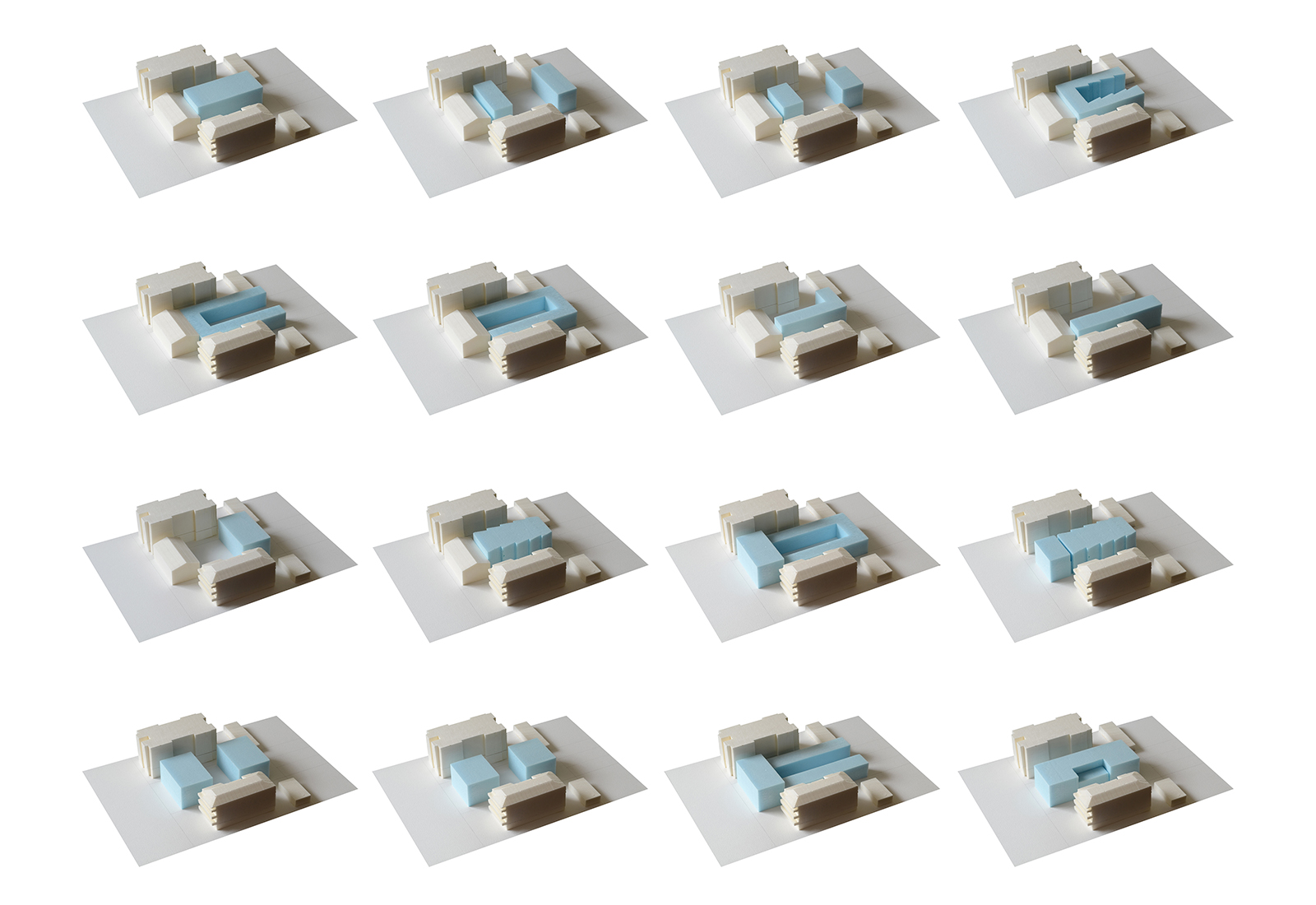 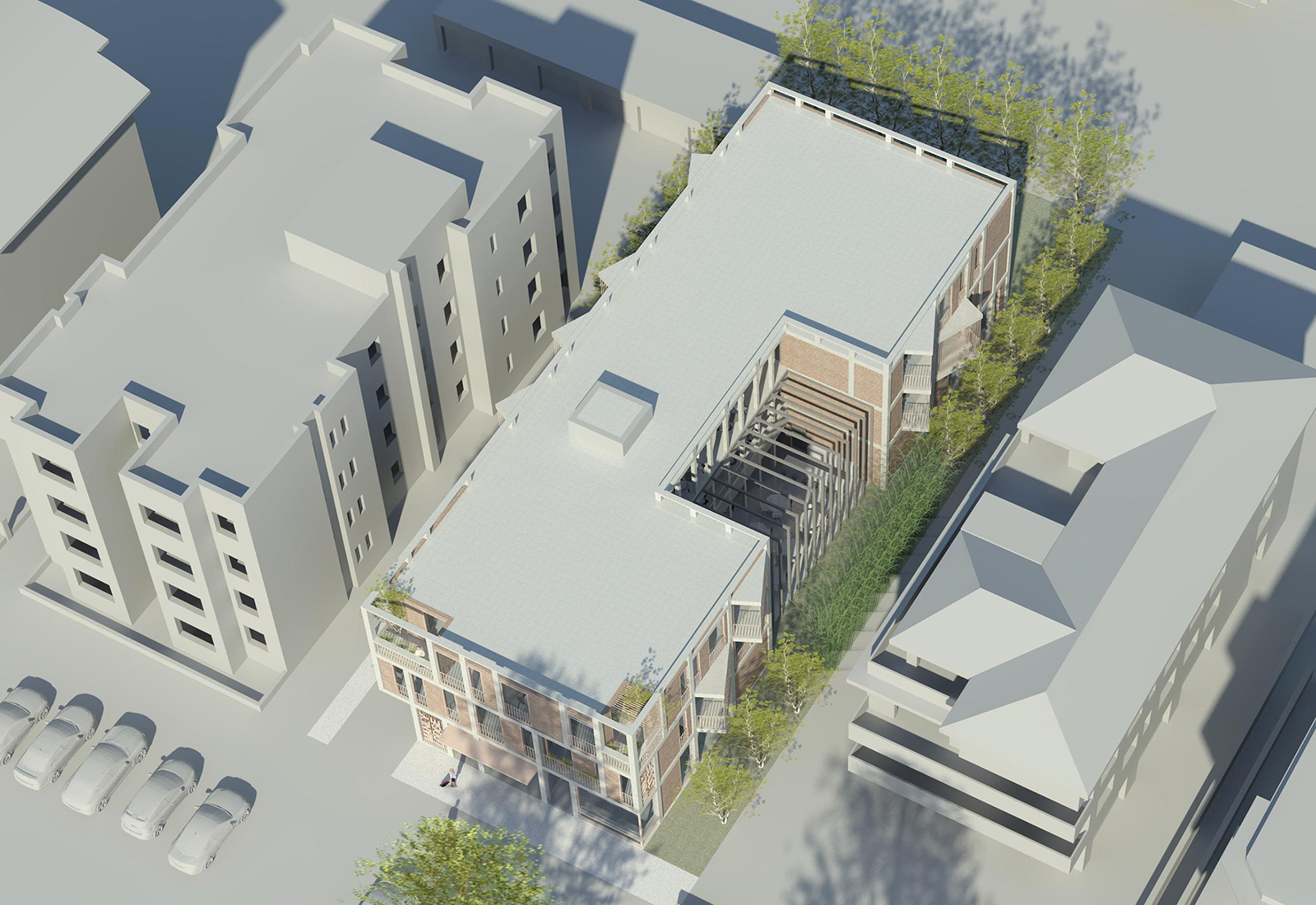 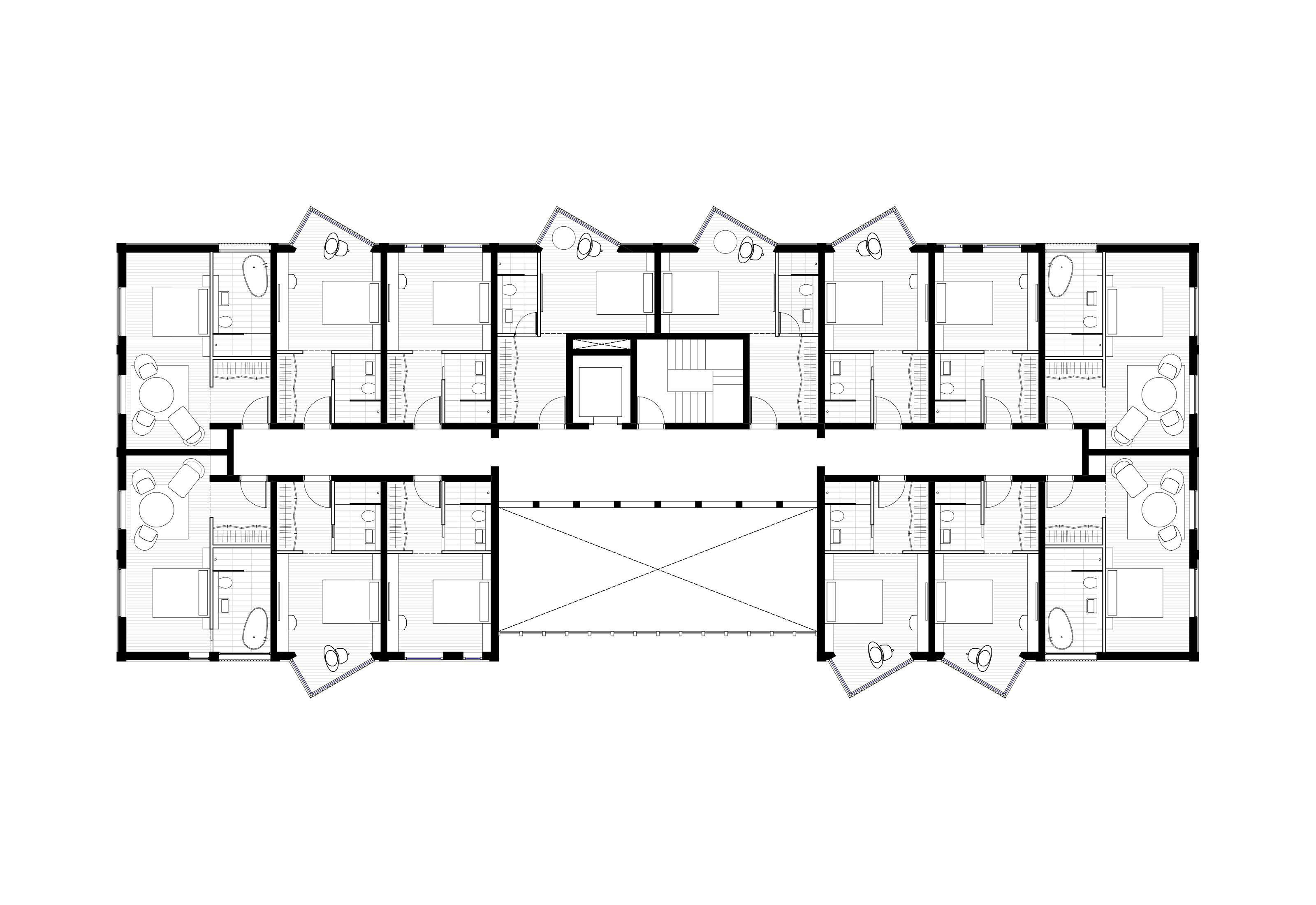