The concept can be repeated several times in an urban fabric providing rationality, coherence, and continuity to a portion of the city and, in turn, allowing for volumetric variety. Two blocks will never be the same, ensuring variety and formal continuity at the same time. The irregular perimeter also demonstrates the flexibility of this strategy to adapt itself to different types of pre-existing urban contexts.

Our goal was to deconstruct and articulate the large mass as much as possible responding to a mid-rise context. We chose a module. This produced an organic geometry and a visual richness. The volumes are interlinked as if they were sequence of connected tower blocks of varying heights.

The modulation system allows for simplicity in construction, allowing for mass prefabrication of a large number of the building elements and simplicity in assembly.

The atriums are designed as unique architectural experiences that resolve the issues of natural lighting and ventilation required by regulations, which in other projects are usually dispensed with by placing a narrow window at the end of a hallway.

This architectural experience begins at the entrance hall, which connects with the two atriums and with the external common area at the back of the site, producing multiple access points through a discontinuous "promenade."

Our design for the building has been guided by the principles of serenity, simplicity, discretion and rhythm. The result is a sober and elegant façade that uses materials subtly. The windows in the façade are placed in an irregular pattern that contributes to the diversity of the design. 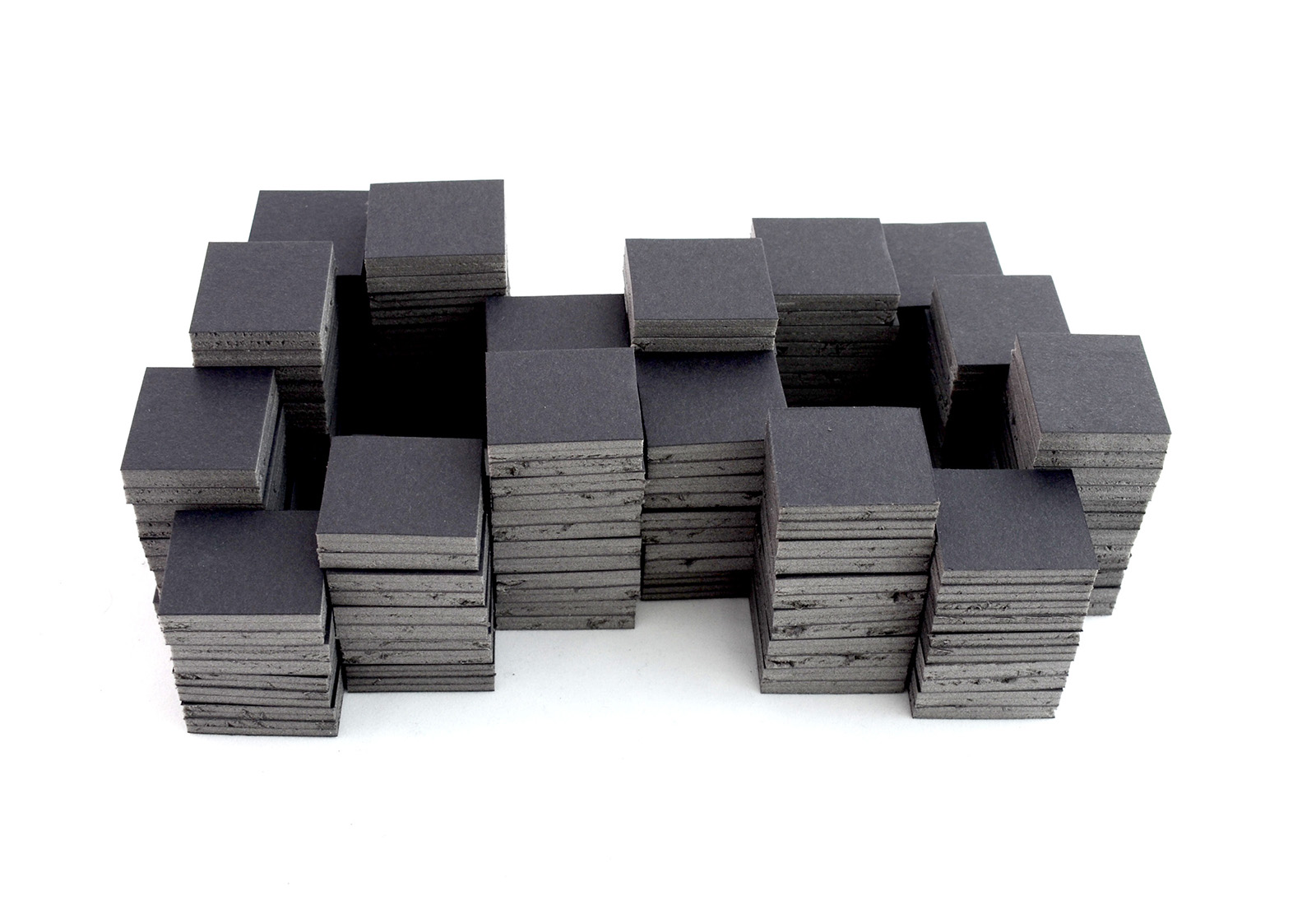 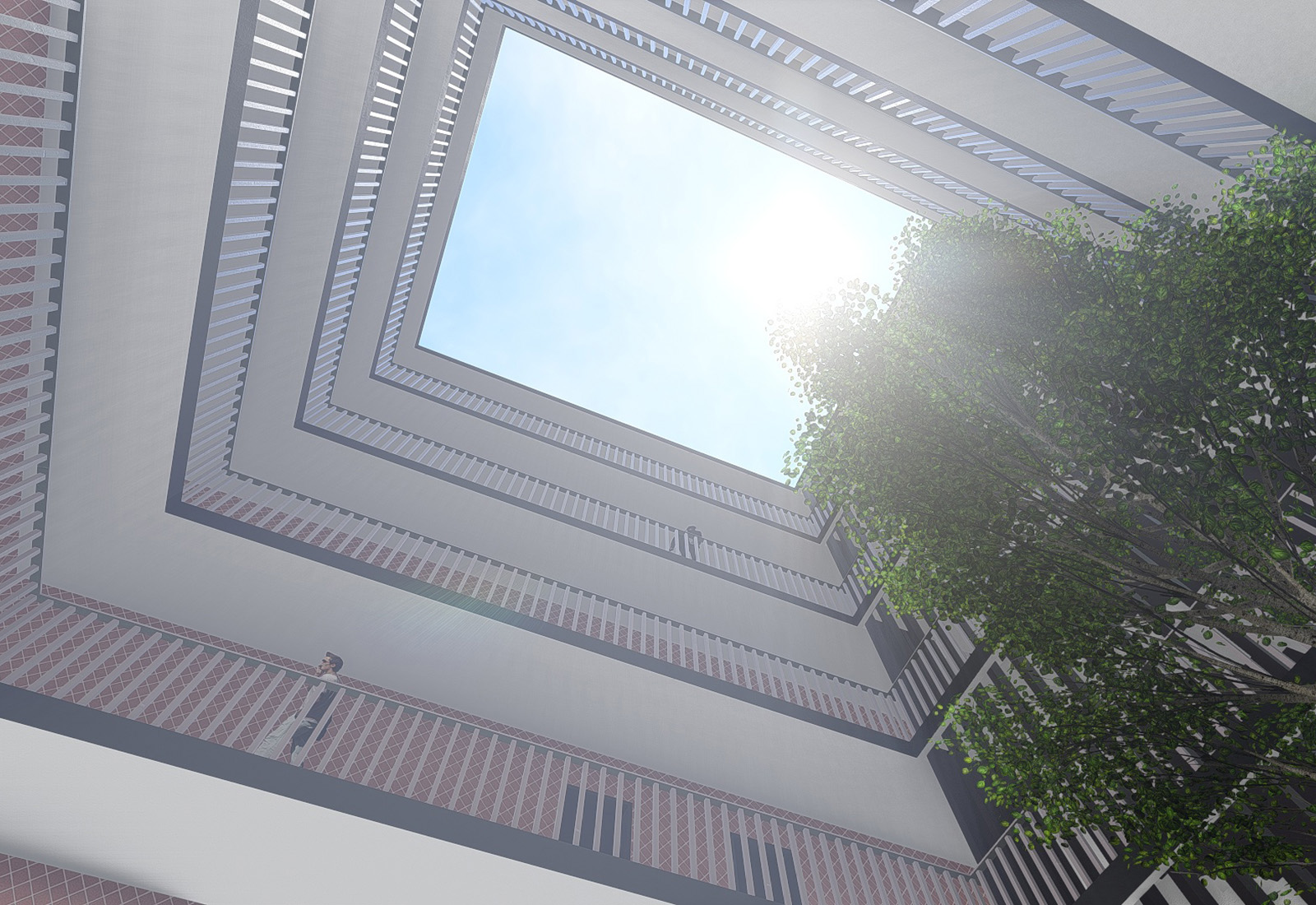 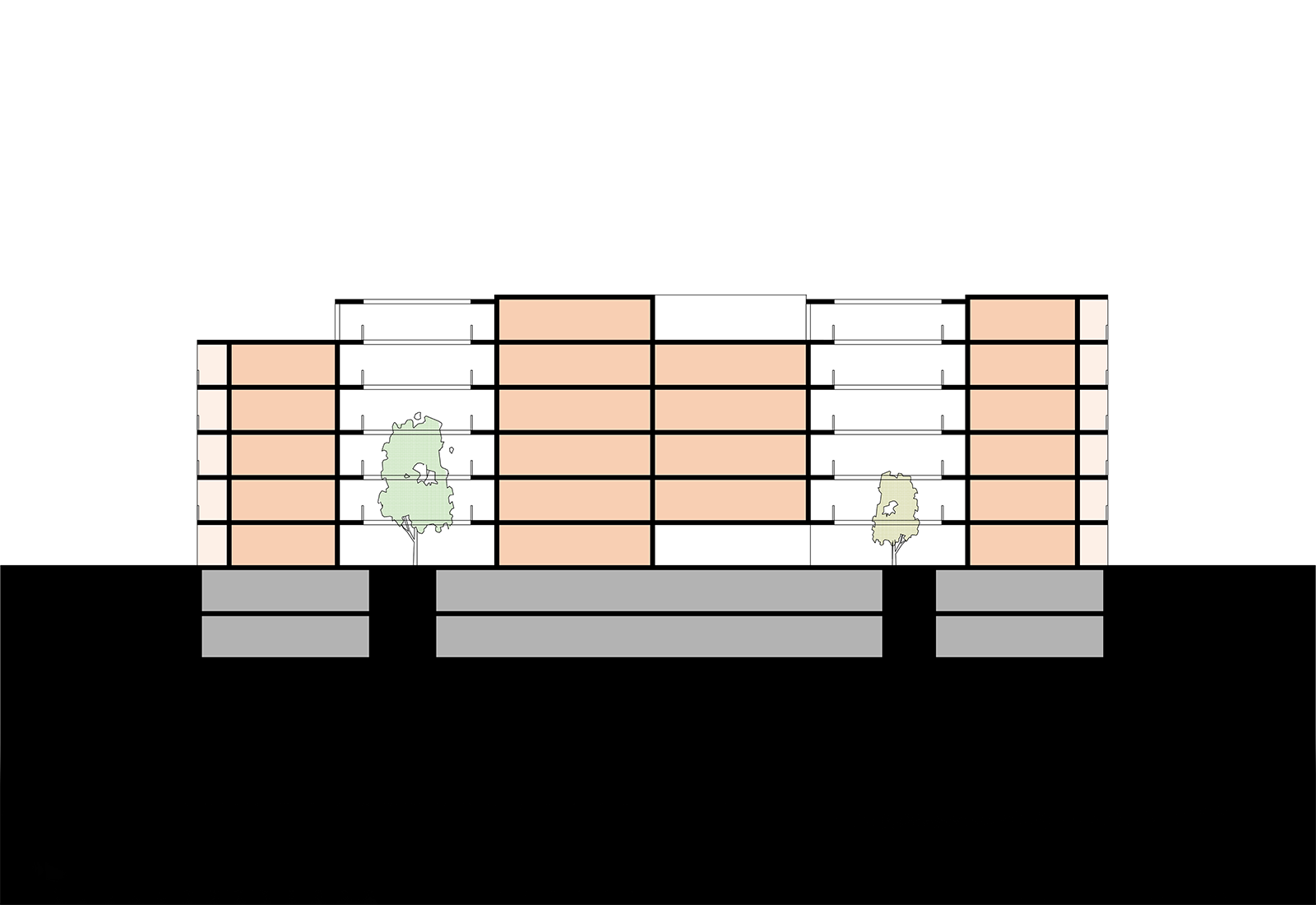 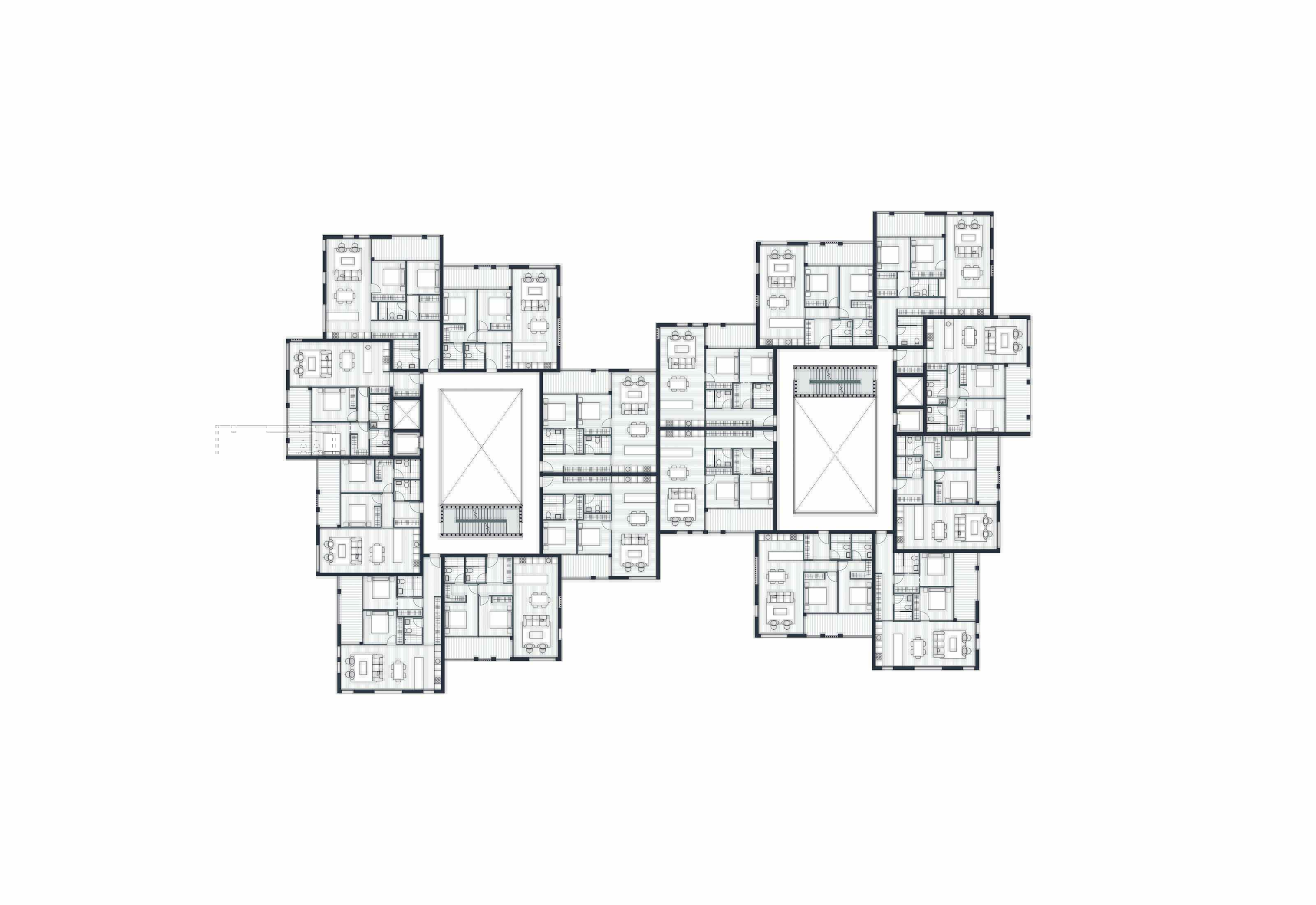