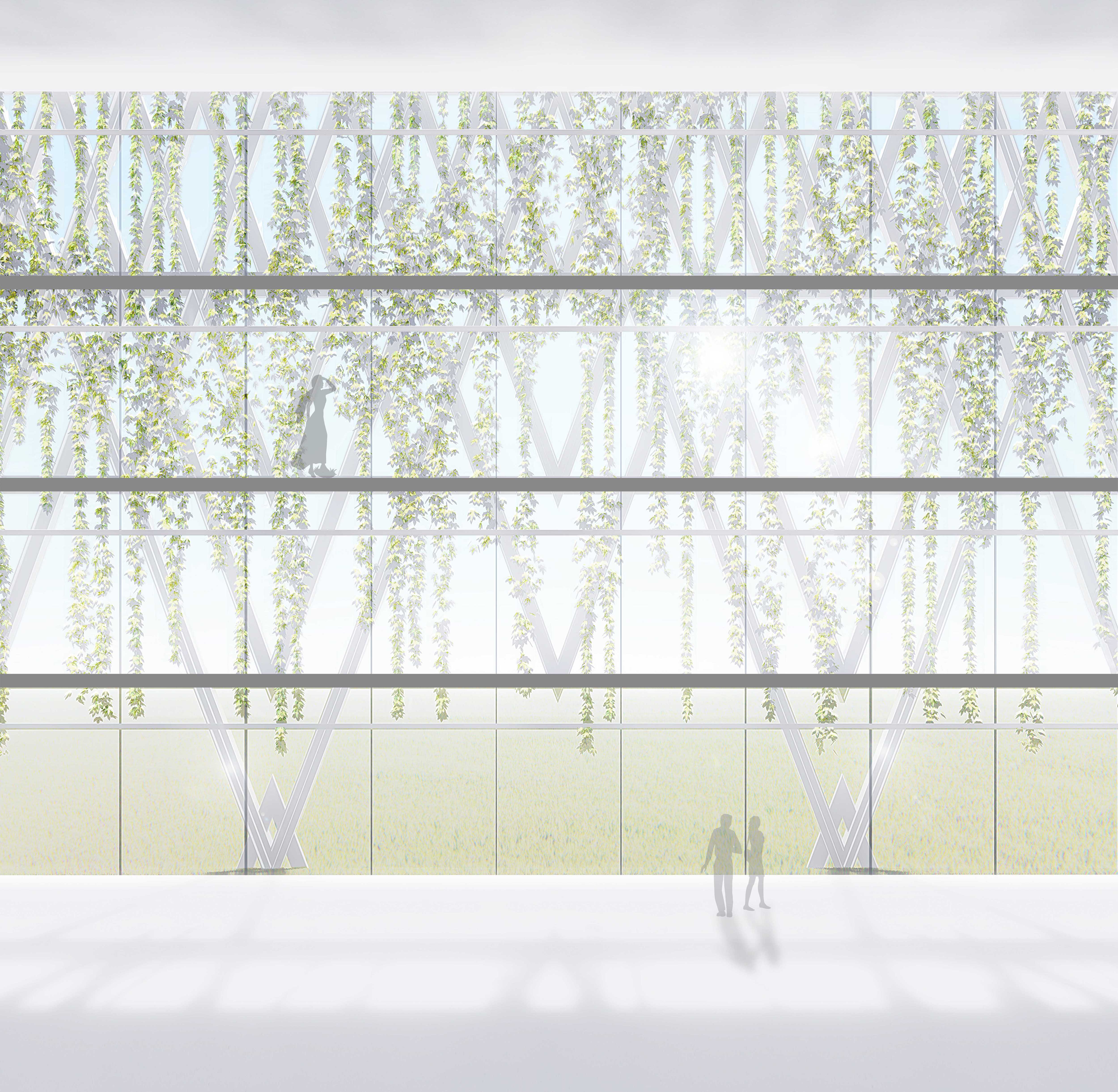 Our aim was to achieve a very sober, clear and elegant building based on an extremely simple volume, in which the transparent quality of the enclosing elements allows for the building's internal activity to be detected, while at the same time highlighting the vegetation that internally and externally wraps around the structure. The result is a crystalline cube surrounded by a perimeter truss that not only functions as its structural system but also provides the identifying image of the biomedical sciences centre.

Our design process focused on producing a very simple plan capable of accommodating the entire program. To achieve this we aimed to reduce the shape of the building to a square with a resulting length of 56 m per side. We placed a courtyard in its centre, of a similar shape and with 19 m sides, which acts as the organizational hub for all of the circulation routes. In turn, the structural system is disconnected from the plane of the facade, creating a void between these elements. In this way we achieved a building that is characterized by an external perimeter as well as an internal courtyard that are full of vegetation. The central courtyard has trees of significant size, which are as high as the building, and give the sensation that the circulation route surrounding the courtyard revolves around a dense forest. The perimeter ring between the facade and the truss has creeper plants that hang from the roof and transform the external facade into a semi-transparent screen.

The facades are comprised of a series of expressive trusses that give the building character and identity. The diagonals of the trusses have the greatest presence in the design, their density is highest at the top floor and progressively reduces as they approach the ground. In this way, only five nodes of the truss reach the ground on each elevation, with the exception of the front facade where there are only four support points in order to accommodate the entrance to the building.

Our proposal follows the distribution by floors suggested in the competition guidelines, which we believe works fairly well. Nevertheless, we understand that it is only a functional assumption that will change during the initial design stage. For this reason, our layout allows for this segregation by levels to be easily modified, in such a way that, for example, the classrooms can be moved to the first floor and the laboratories to the ground floor, without affecting the basic formal conception of the building. In the same way, the size and number of classrooms and offices can be easily modified in the subsequent phases of the design. As can be observed in the floor plans, the "U" shaped space which contains the classrooms and laboratories can be reconfigured during the useful life of the building, not only in order to adapt to the "Blended Learning" system proposed by the competition guidelines, but also in response to future educational requirements. 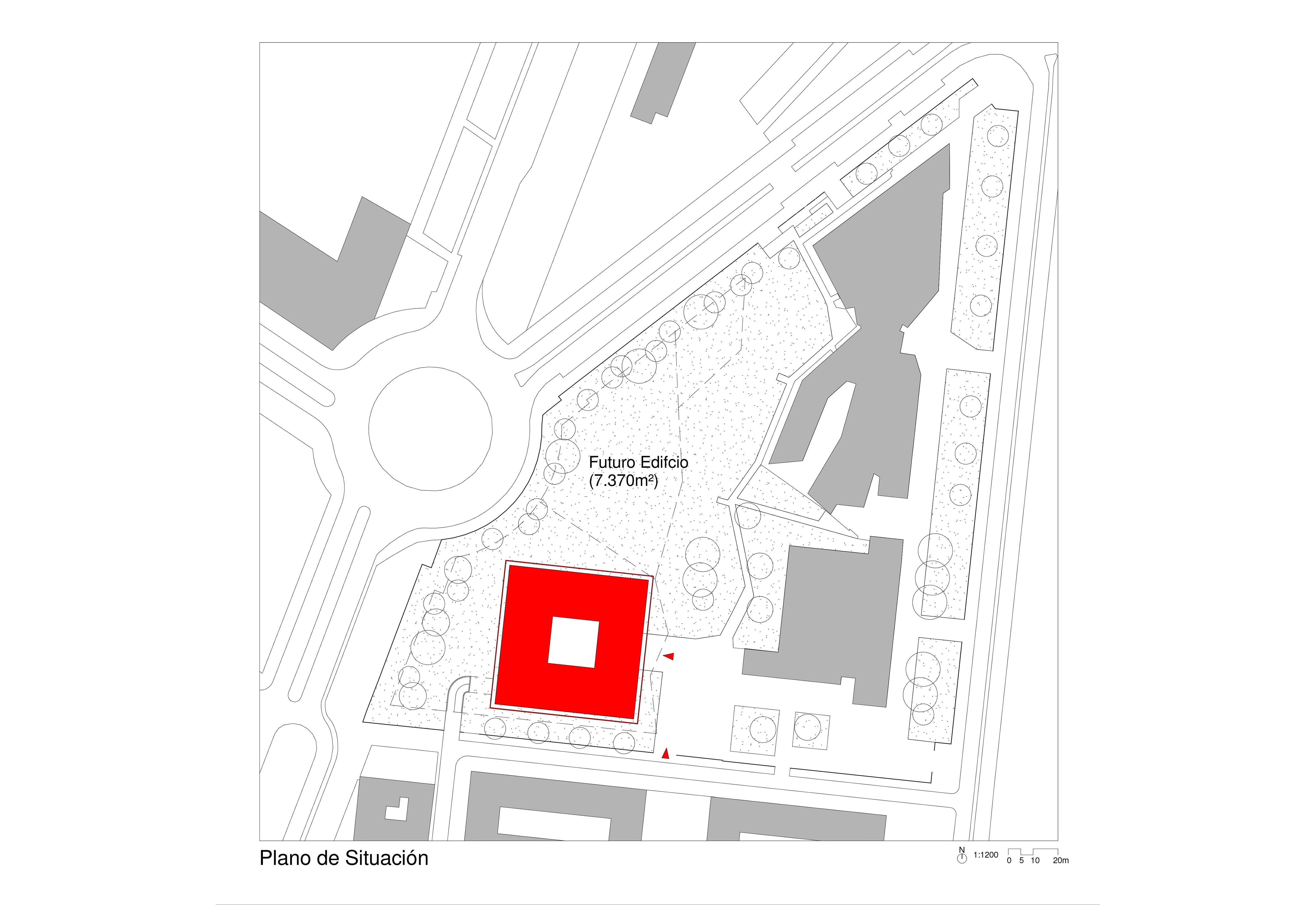