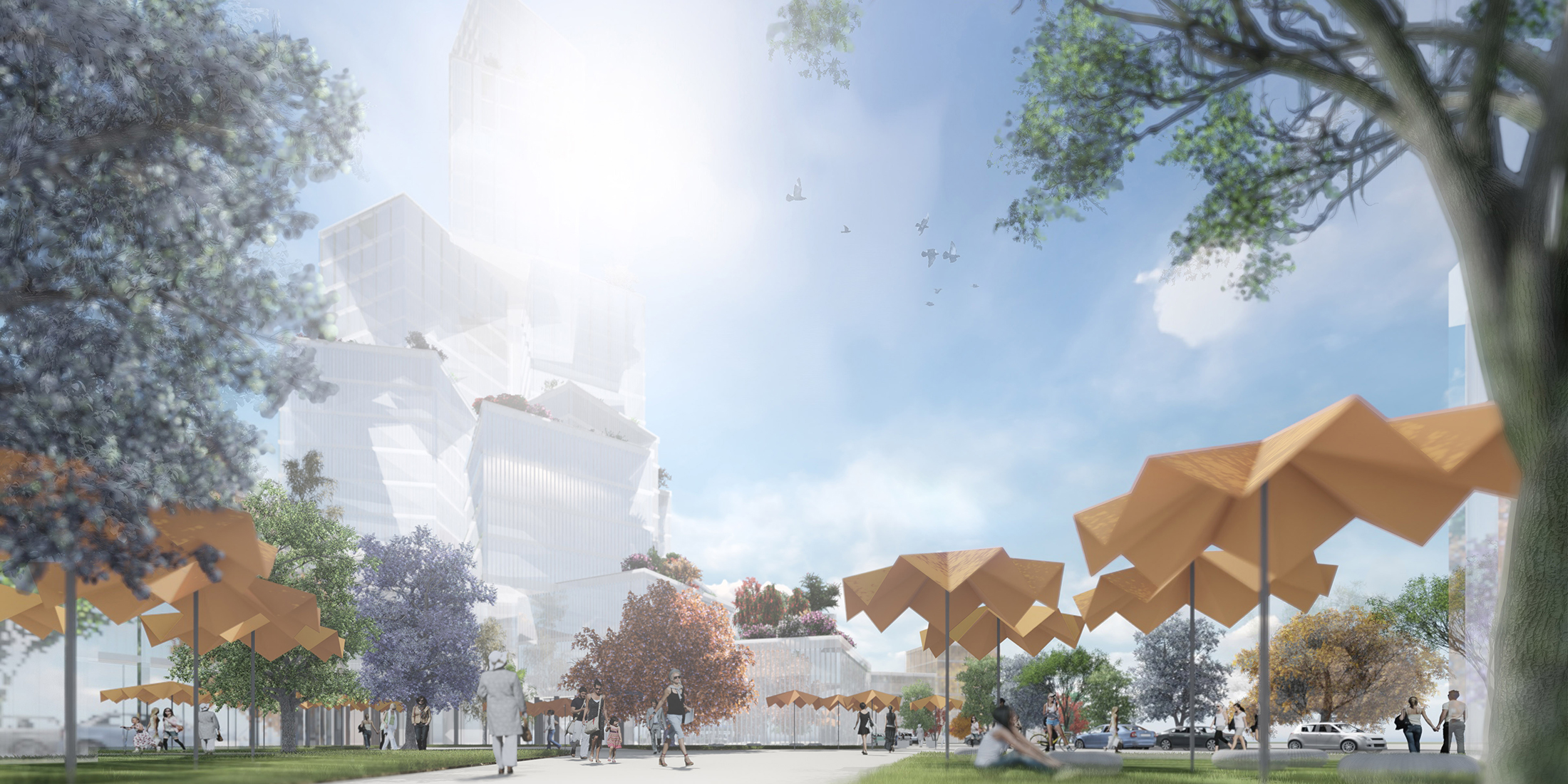 This is the general pattern throughout the city, with the exception of the financial district and some areas where the urban model that existed before the arrival of the garden city has endured, with city block , corridor street (rue corridor), two to three storey structures, and in some cases, shops on the ground floor.

The site is located in the centre of one of the multiple suburbs that surround the city. In the same way as almost all of the outlying suburbs, it has a small town centre, of only one or two blocks, which has become much more dense in recent decades. It is comprised of a large shopping centre, some facilities and high-rise residential buildings. The shopping centre emerges as the only node that can generate urban activity, the symbol of late capitalist urbanism. This area is surrounded by a large exclusively residential urban fabric, containing single family dwellings and the previously described small residential blocks of three to five stories. To quote Koolhaas, the perimeter becomes relative and the city can be found everywhere and nowhere at the same time.

The competition rules asked for a complex up of up to 66,000 m2—without including parking—that would include offices, dwellings, shops, cultural and multi-functional spaces, and a public square. The triangular site was located between the dense commercial centre and the low-scale residential areas. There were no height restrictions.

After this analysis, we established that it was necessary to address three problems: (1) The connection between two completely different urban typologies: On the one hand, the heavy, inert and overwhelming volume of the shopping centre, along with its adjoining residential high-rise towers, and on the other, the sprawl of single family dwellings; (2) the high density required by the competition rules; (3) the irregular geometry of the site.

The project examines the tension between repetition and uniqueness, between sameness and diversity, that is to say, using similar elements to create different environments. Starting from an element as simple as a cube, and by using repetition, we were able to create a design that embodied diversity, dynamism, differentiation, and spontaneity. The result is a composition in "crescendo" of various heights, arranged in a subtle and irregular grouping that cannot be defined by a conventional form, and arranged to maximize views to the exterior, producing new and interesting viewing points.

Instead of creating a structure of detached tower blocks, this intervention is designed as a structure of interconnected, fragmented, and articulated volumes, which act as a transition between the two aforementioned urban scales as well as attenuating the impact of the high level of required density.

The large square in the centre of the project creates a large public space that acts a focus for the location's circulation routes and activities, with opportunities for social interaction. 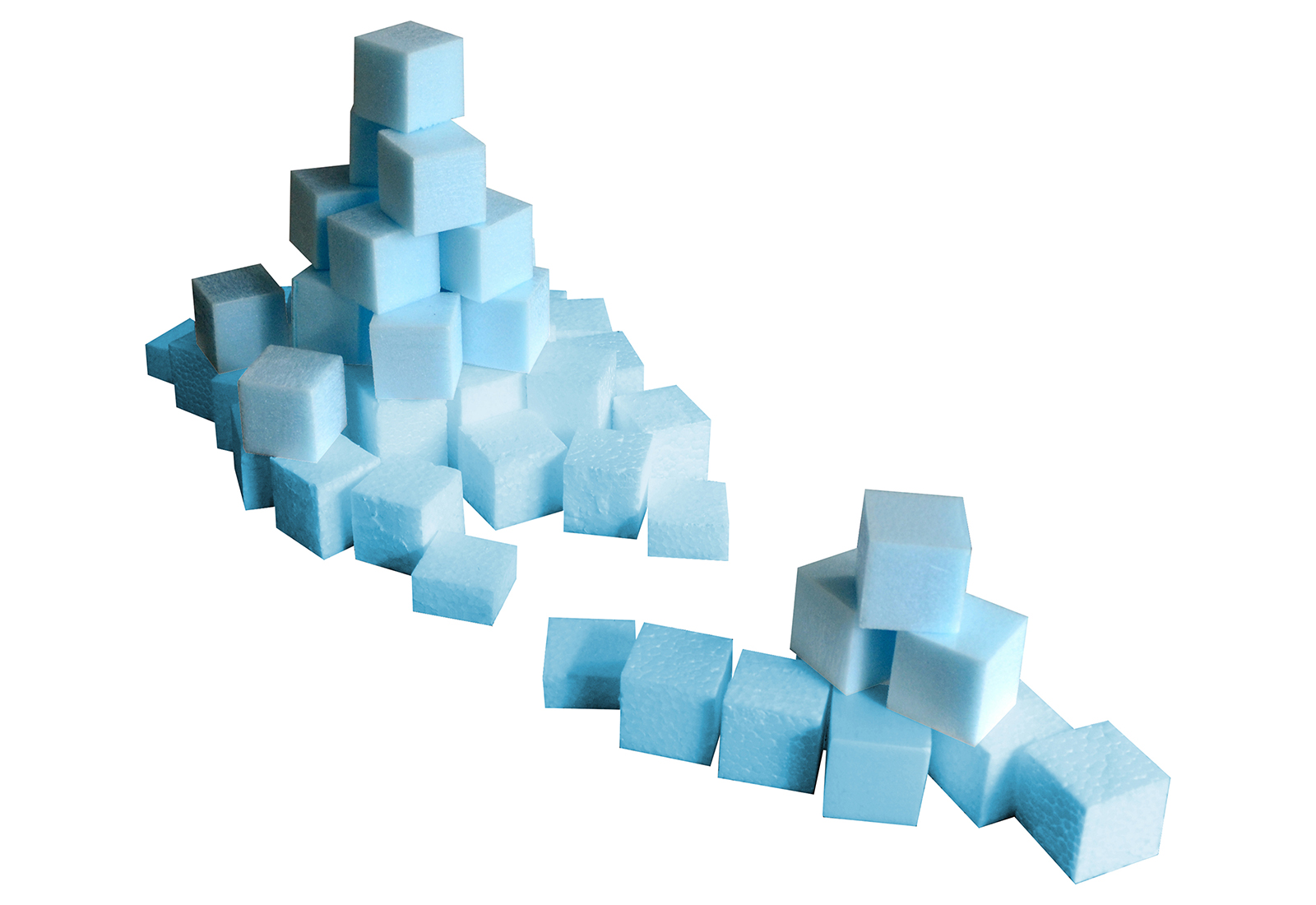 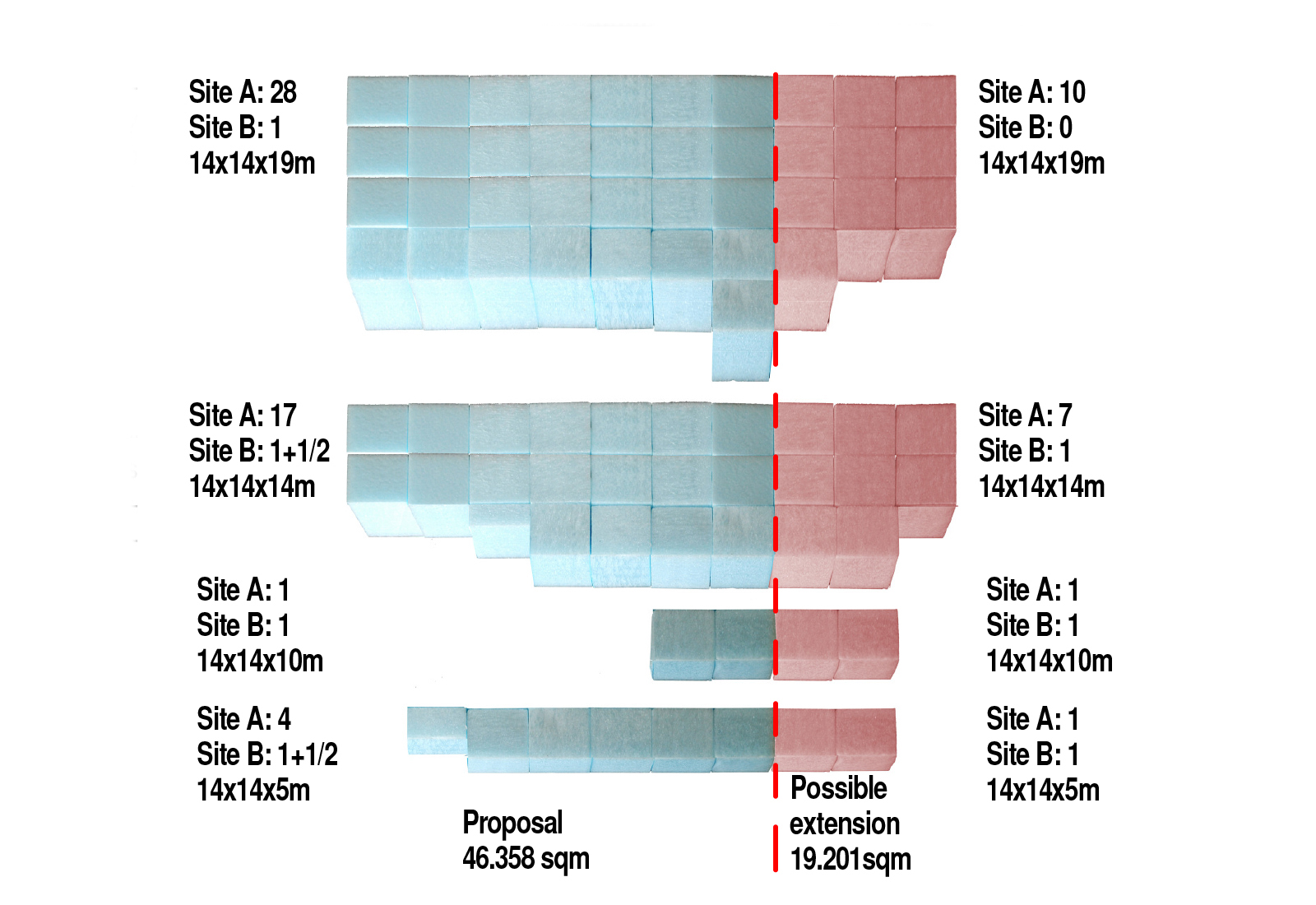 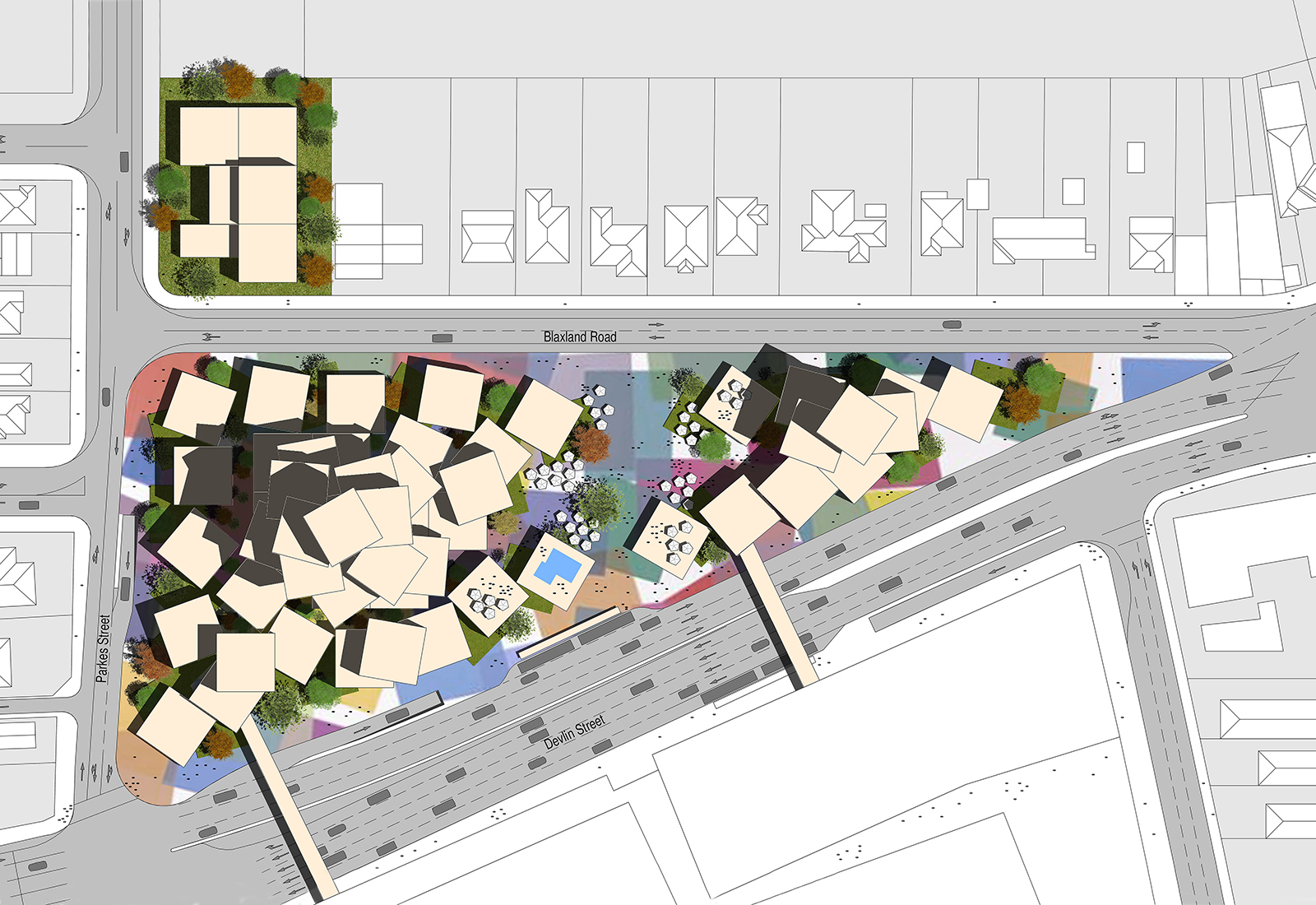 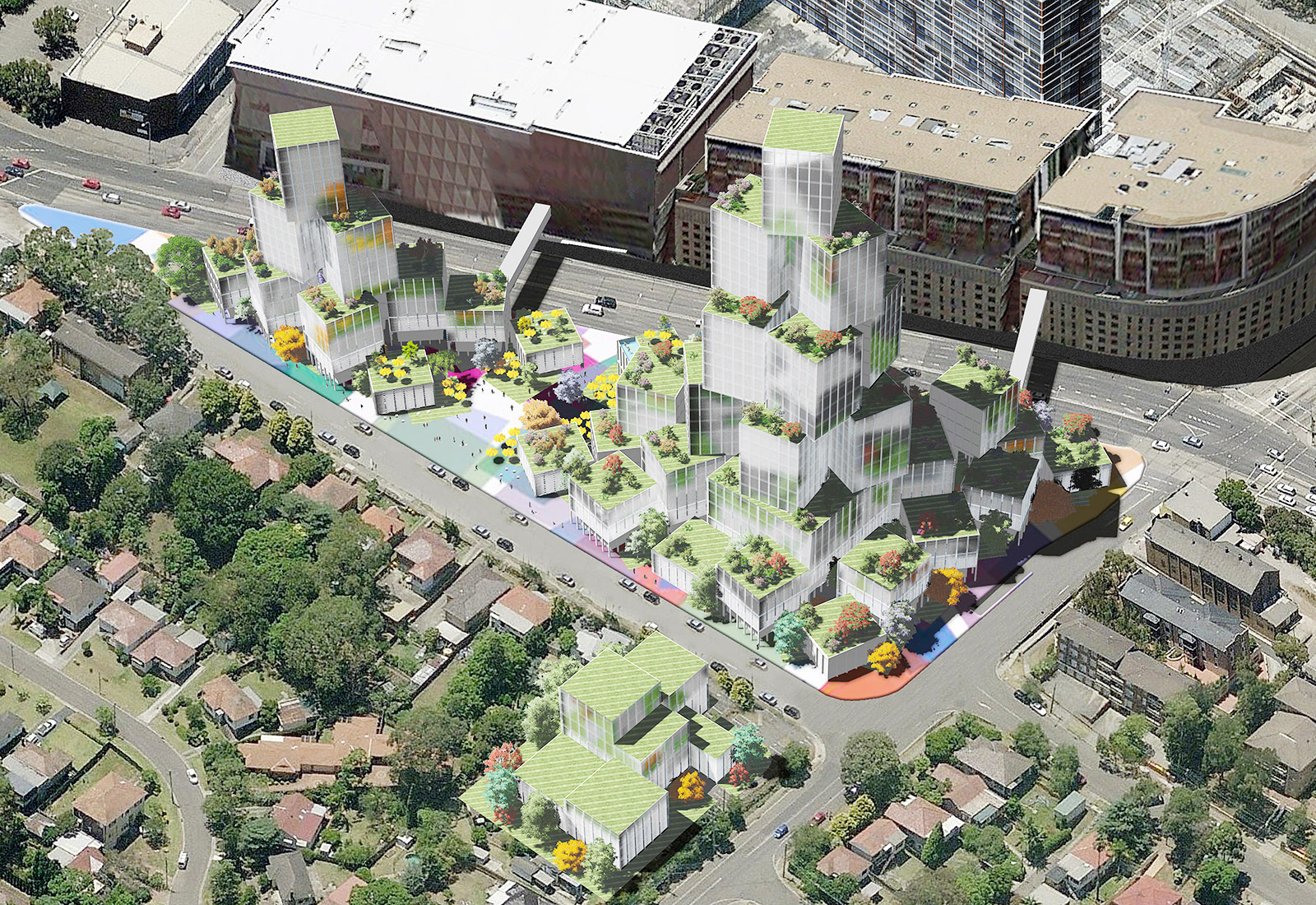 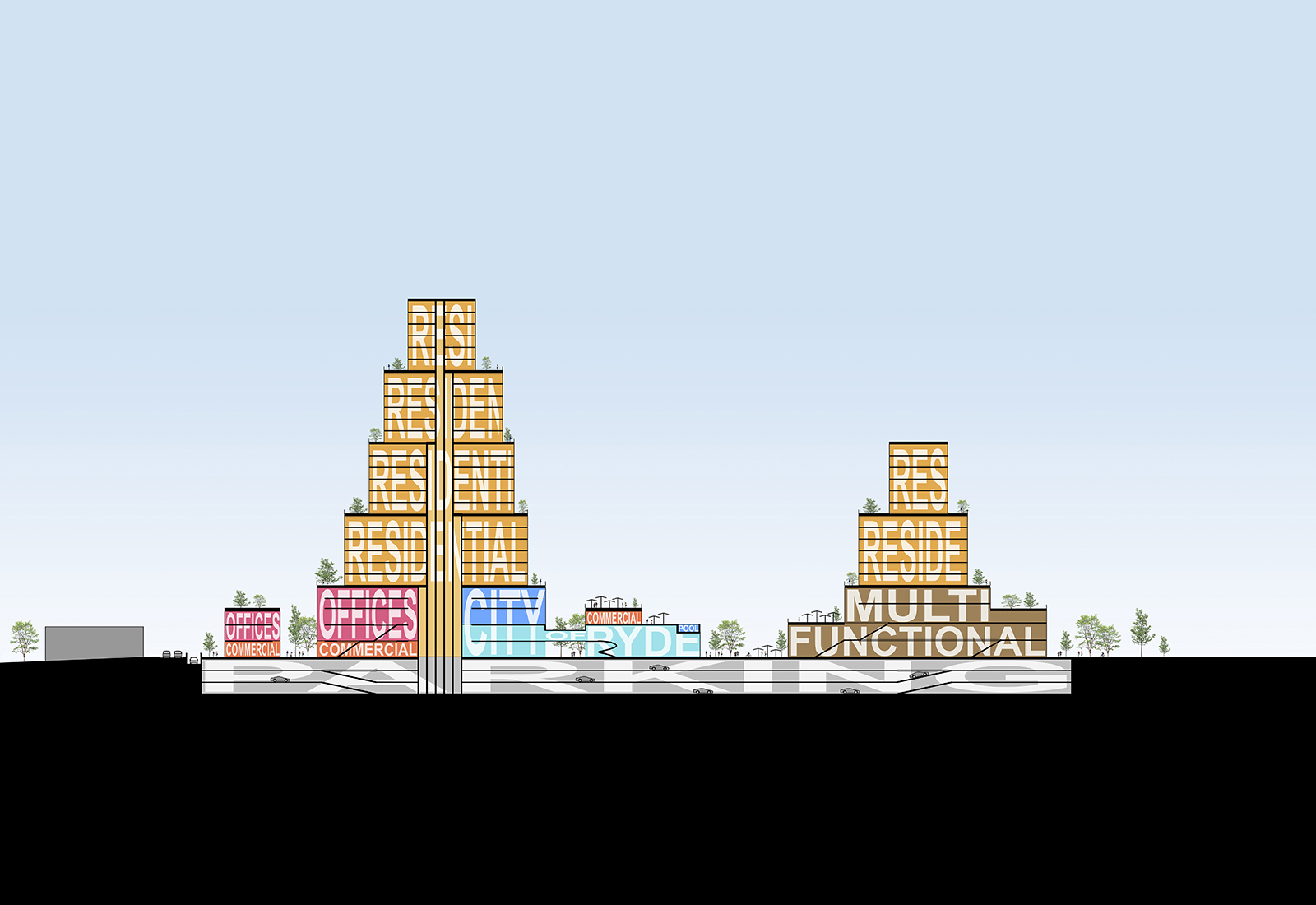 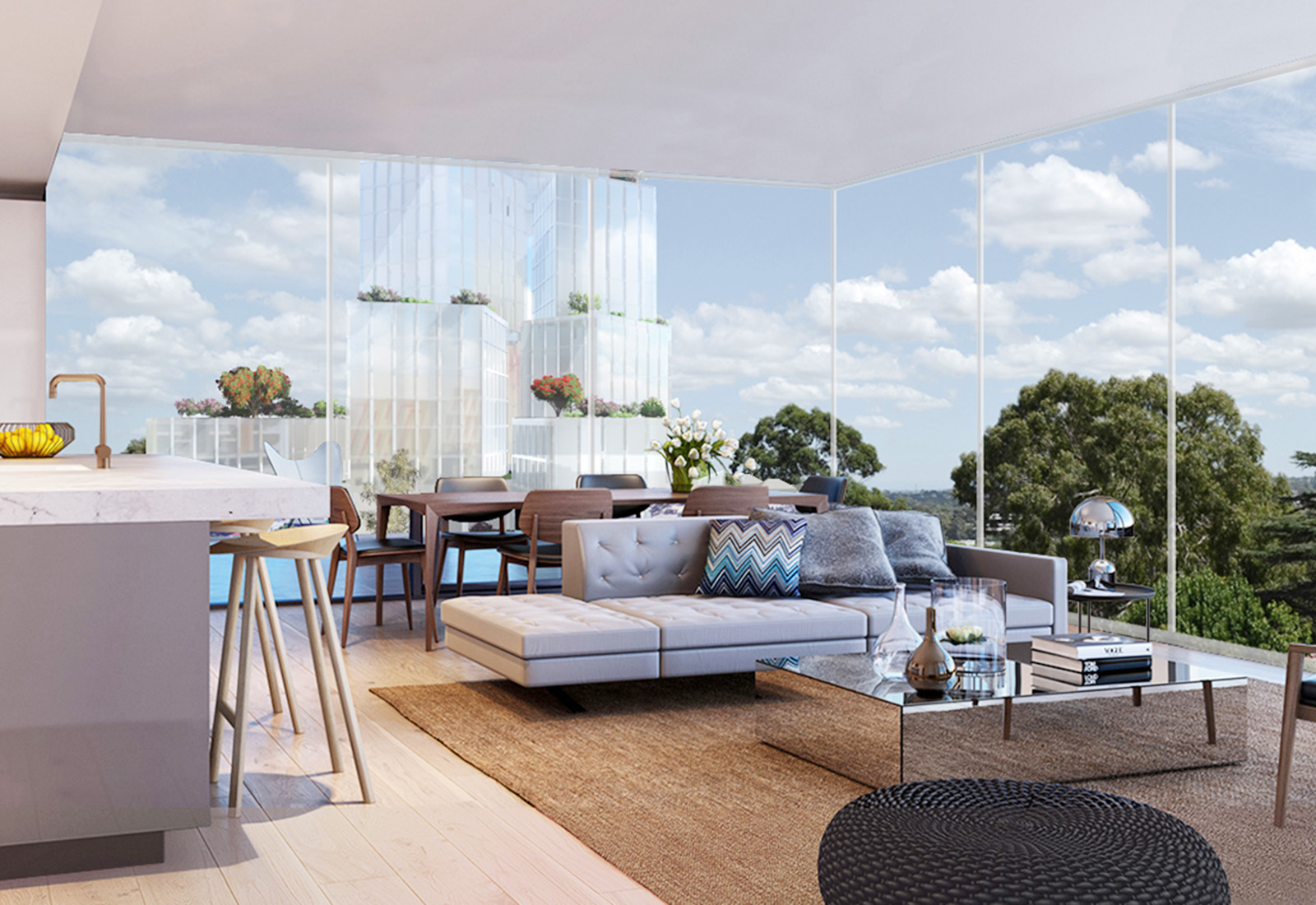