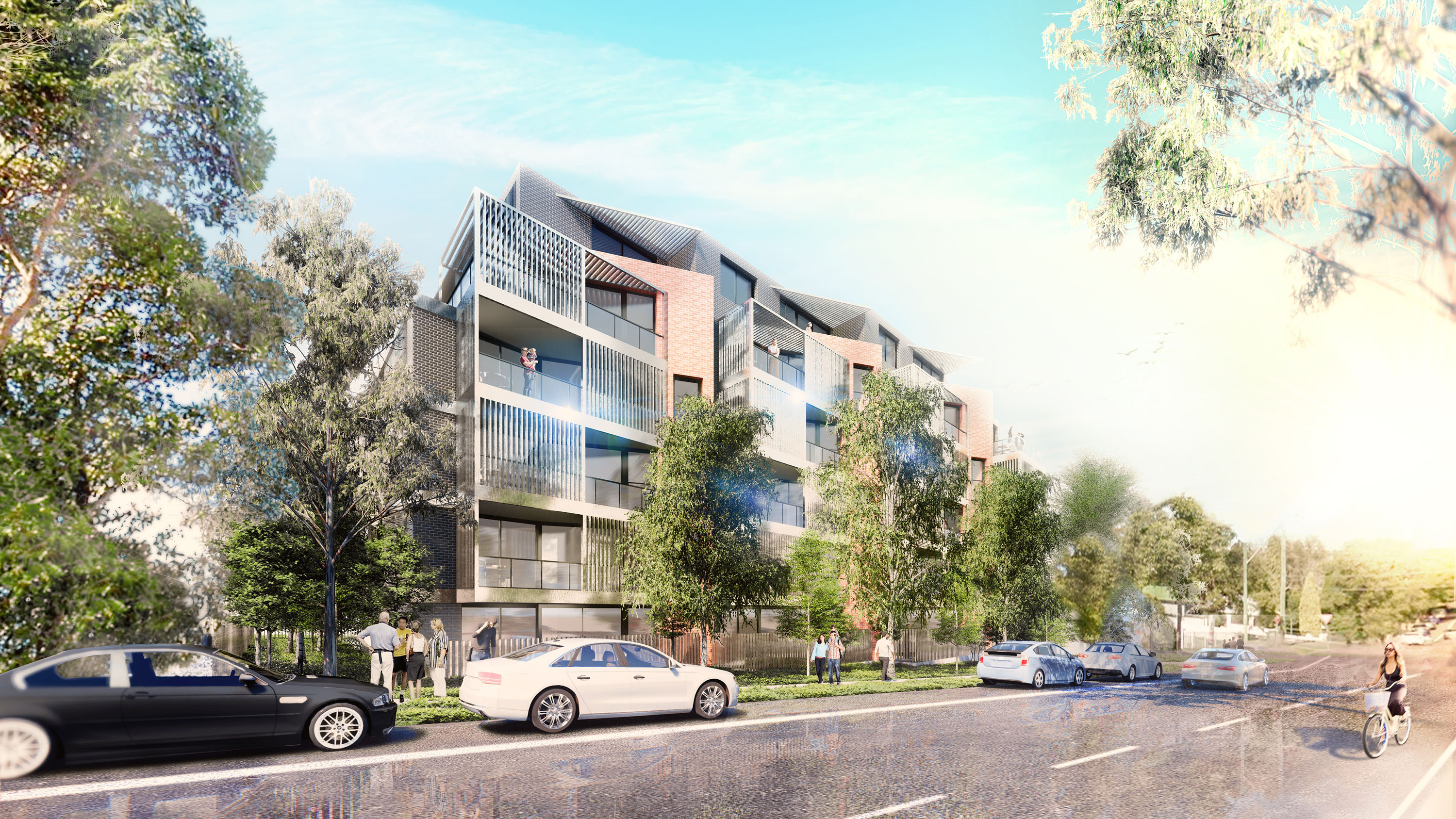 This is the general pattern throughout the city, with the exception of the financial district and some areas where the urban model that existed before the arrival of the garden city has endured, with city block , corridor street (rue corridor), two to three storey structures, and in some cases, shops on the ground floor.

The site is located in one of the city's multiple suburban town councils, more than an hour away, both by train and car—and more during rush hour—from the centre of Sydney. This project is one of those instances in which the urban structure of single family dwellings is changing to one with higher scale residential buildings, propelled by the change of urban regulations and the property bubble. In this area density can potentially increase by a factor of 15. As noted previously, no changes are proposed to the structure of the urban fabric, or to zoning, as it remains completely residential. The new site is a result of the consolidation of the old sites. The creation of city blocks is not permitted, and buildings must remain detached and surrounded by vegetation.

The site is result of the grouping of three lots—of about 550 square meters each—. In other words, 42 families will now live in the space previously occupied by three. The constraints are: ground floor + four storeys + last storey setback and boundary setbacks that define a detached structure.

The effect of modern speculative building has resulted in, across practically the entire city, architecture that is defined by a myriad of forms, colours and materials, unsupported by any type of guiding principle or idea and is instead purely arbitrary. This has now become a trend to be relentlessly repeated. Consequently, our design for the building has been guided by the principles of serenity, simplicity, discretion and rhythm. The result is a sober and elegant façade that uses materials subtly. 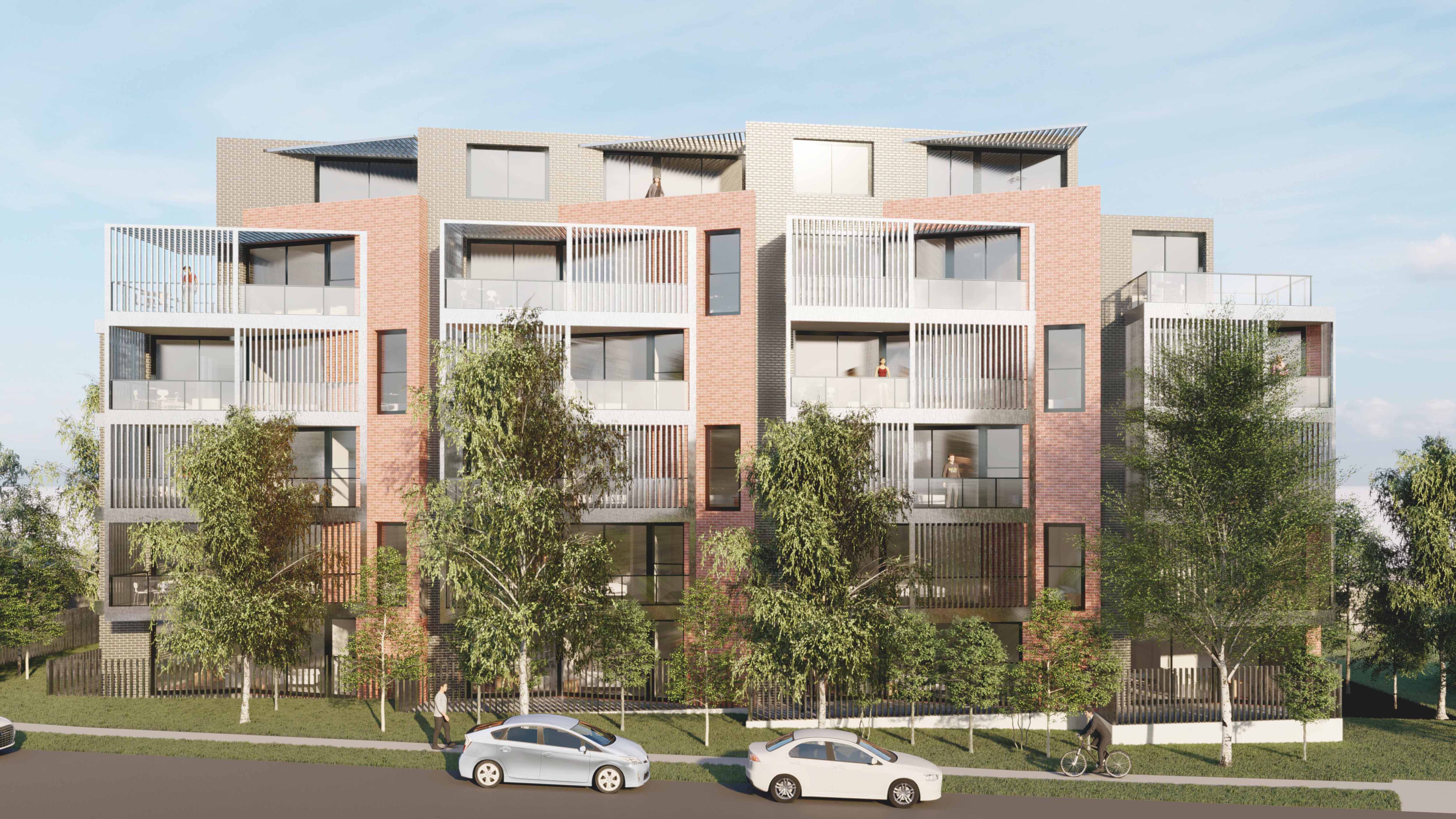 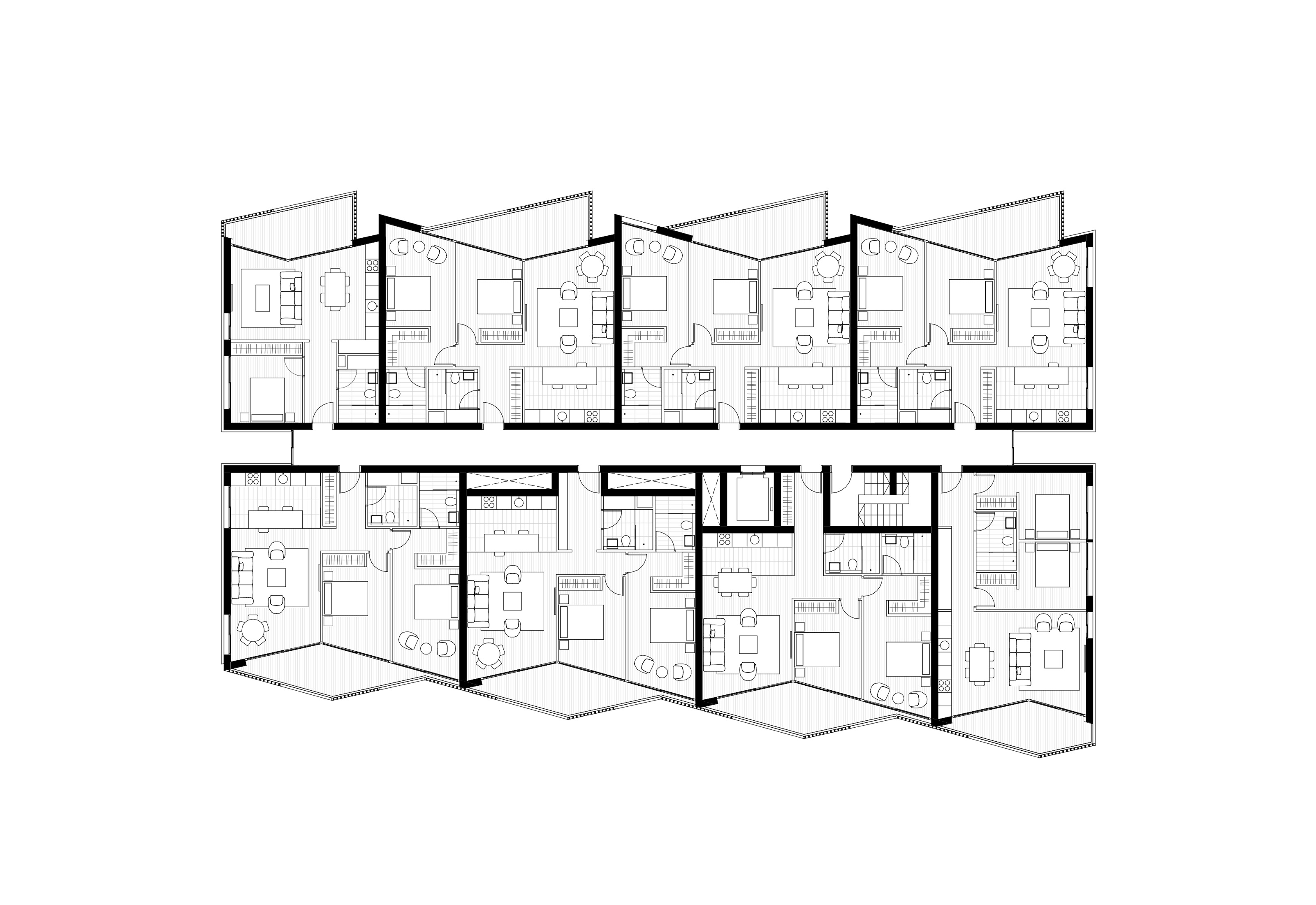